There have been a lot of recent news reports about hit and runs, and some have involved children being hit getting on or off school buses. Recently, a driver plowed through a crowded downtown Denver street after being involved in a physical altercation with someone; that driver hit two people, who were, fortunately, not seriously injured.  Thanks to security footage, we learn about drivers leaving the scene of a crime only to be caught later, arrested, and usually sentenced to jail or prison.

If you’ve been the victim of a hit and run, and the person who hit you fled following the accident, you may be entitled to monetary compensation. If you are involved in a hit and run accident, there are some steps you can take to collect as much information as possible for the insurance companies and any legal representation you may hire.

It’s a Crime to Leave the Scene of an Accident

In all fifty states and Washington D.C., it is a crime to leave the scene of a car accident. Some states refer to these accidents as “hit and run” or “hit and skip,” but whatever the case may be, hitting a pedestrian, a bicycle, a motorcycle, or another car and then fleeing the scene of that accident is a serious criminal offense punishable by fines, loss of a driver’s license, and jail time. When a death occurs because of the hit and run, or if alcohol or drugs played a part in the accident, the guilty party may face jail or prison.

Many people who are guilty of hit and run accidents get caught because of security cameras on roadways, businesses, and residences recording 24/7. When you consider the fact that virtually every adult and many children are walking around with cell phones, not much goes unnoticed these days. If you hit someone and leave the scene, there’s a good chance you will eventually be caught. The penalty for a hit and run is much more severe than it would be had you simply stayed at the scene and called 911.

What to do at the Scene of the Hit and Run

Car accidents are stressful, and when there are injuries, it’s even worse. Try to stay calm and follow these tips if you are involved in a hit and run accident.

When a roadway defect causes a crash or causes injuries to be worse in a crash, victims do not always realize that it is more than just bad luck or … END_OF_DOCUMENT_TOKEN_TO_BE_REPLACED

Although the cause of a truck accident may appear obvious to observers, there are typically underlying causes involved which cannot be seen. Factors … END_OF_DOCUMENT_TOKEN_TO_BE_REPLACED 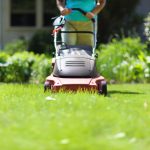 We’re all trying to stay safe by staying at home. It’s leading some to find creative ways to fill the time, and many to catch up on projects, cleaning … END_OF_DOCUMENT_TOKEN_TO_BE_REPLACED